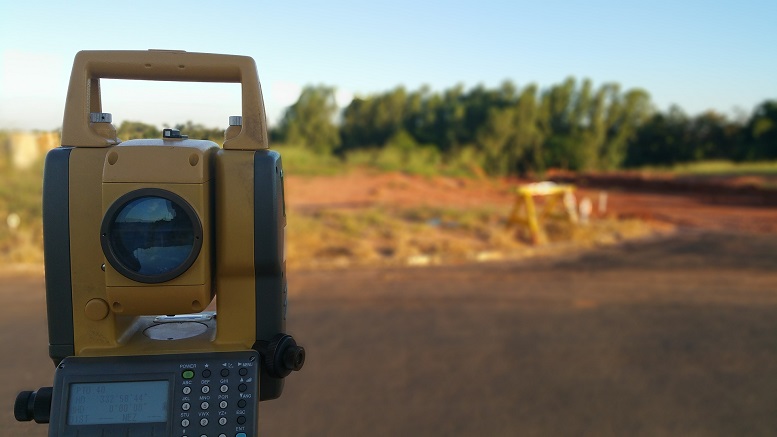 Let’s start off with the oldest and consistent form of data. Registered Land Surveys performed by a Registered Professional Land Surveyor (RPLS). These are geographic representations of the footprint of a boundary, whether it be a parcel or a pipeline right of way. They are often started at what is called a Point of Commencement (POC). These are geographically defined locations registered with the national government as historical monuments and used to define the start of the survey, not necessarily the Point of Beginning (POB). This is also defined in the survey and it is the location at which the object being survey can be located from the nationally recognized point. This type of geographic located relies on known existing points and then the area of interest in measured off in angles in degrees minutes seconds with bearing and distances. Surveyors can only use ninety degree angles because of the limitations of chord measurements using trigonometric functions of Pythagorean Theorem. These often contain no coordinate system associated and most software designed today to read these rely on a Northing and Easting, or XY location to determine where it sits on the Earth and falls into your GIS.

GPS, also known as Global Positioning System, the most common form of geospatial data collection relies on the satellites orbiting the Earth and the transference of radio signals to radio towers to navigate a desired area of interest based on the reflection of the wave against a solid object. Precise atomic clocks broadcast a continuous signal giving off their location, status and time. These signals are then used to calculate the distance the object is from the satellite. Once a signal has been established from at least four satellites, the geometric location of the Area of Interest is calculated using a standard formula of distance equals the rate multiplied by the time., where time is the amount of time between the broadcast of the original signal until the time it is received back by the satellite. Many devices today such as your phone, your car and your computer have GPS devices in them. This is defined in the coordinate system WGS1984 which is a planar grid representation of the ellipsoid shaped Earth and is measured as projected coordinate system using angles and radians.

GIS consumes both of these technologies but measures their location on the Earth’s surface very differently. GIS uses a grid format to interpolate the geographic extent of an area, commonly referred to as spatial reference or coordinate systems, for the grid configuration of the XY axis format. The centroid or origin of the axis is always located in the bottom left corner and moves out in the direction of towards the northeast corner. This means that the data that falls closest to the origin of the grid will maintain the most spatial accuracy. Many small local coordinate systems exist to accurately represent a small area on the Earth’s surface such as a City or County or even possibly a small Country. Breaking out the world into smaller geographic areas allows for the spatial accuracy that only a full GIS can provide. A GIS can handle multiple units of measurement and multiple types of projections by what is called “on-the-fly” projection. This is another interpolation by the software to analyze where it thinks your coordinates should be if a different one is used than in the map through transformations.

There are many different types of software out there to represent the different types of data. Most can handle the multiple different file formats and consume them for geographical information. Many users out there will have their favorites though depending on which type of data they are using and what formats their organization captures and collects.

Be the first to comment on "Conflated Technologies: GIS, GPS and Survey"