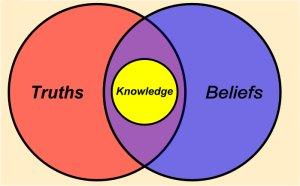 GIS is a skilled profession in which answers to problems can be solved by using spatial and physical relationships based on collected statistics and data. Most people outside of the industry think that this process is as easy as downloading files and loading them into specialized software to produce a visual aid. While I will admit that GIS is a great tool for this, it is also a much more powerful tool than that. This science can take an existing environment and add new revelations that can help improve operations, reduce costs, and predict events with disastrous consequences before they occur.

GIS professionals must obtain, analyze, and ascertain different scenarios with a constant real time stream of metamorphosing resources. While that is my perception of the definition, this is what is known as the Rashomon Effect. This principle was first coined in a movie from the 1960’s, and has found its way into scientific, legal, and many other academic cultures and has roots founded in Epistemology. This is the study of “logical discourse” in Philosophy. We deal with this on a daily basis. There is a great movie that came out in 2013 called Vantage Point that uses this technique; it offers a very interesting insight into how data and perspective can change a situation from minute to minute. The entire movie takes the story through a 23 minute plot line that is shown over and over again each time from a different character. Now one might think this would be boring but here is the catch, every time they re-tell the story, they add another person’s viewpoint and information that they obtained adding to or questioning the previous conclusions.

How does this relate to what we do in our daily work? In the GIS Industry, one is often presented with a problem that needs to be fixed or rectified. Some examples of this are a pipeline leak in progress or a pipeline that they have already designed and now they need to know where it should go in the ground the most efficient and cost effective way possible. There is a very reactive state of mind, but this is just how the movie begins with a devastating attack and political assassination. So there you have your problem and now it’s time to react. As the movie continues each character gets to establish their perspective and provide relevant layers of data to solve this mystery and find out how this happened. One can think of each of these characters as a layer of data inside a GIS map or model. As each layer is added into the scenario it dramatically changes the knowledge that they thought they had known and what they had perceived to be the truth.

Often times as GIS analysts, we find that our initial hypothesis was derived from insufficient evidence and must be re-evaluated with new discovery. By adding new layers and new sources to your perspective it can dramatically change the results. The most miniscule piece of information can spark the path to the final conclusion. But in today’s world where everything moves at the speed of light it seems, when do we have the time to constantly re-evaluate our decisions? After all, they needed that map yesterday with tomorrow’s data! Nowadays it seems everyone thinks they can make maps with easy to use apps like Google Maps but is the true purpose of GIS being lost on the public which now demands more location data and information than ever before. Is GIS just becoming a data warehouse system for tracking, tracing and verifying operational history? When will the mold break and interchange and interoperability through various systems can allow us to actually take advantage of our access to multiple vantage points? The GIS needs to become a proactive state of mind and look more toward the future or it will become just another tool in the belt of the industry instead of the game changer it could be.

So as we look to the future, let’s look from all perspectives and propel our industry outside of just making pretty maps to being the central foundation for advancement in all vertical industries.

Be the first to comment on "The Rashomon Effect"